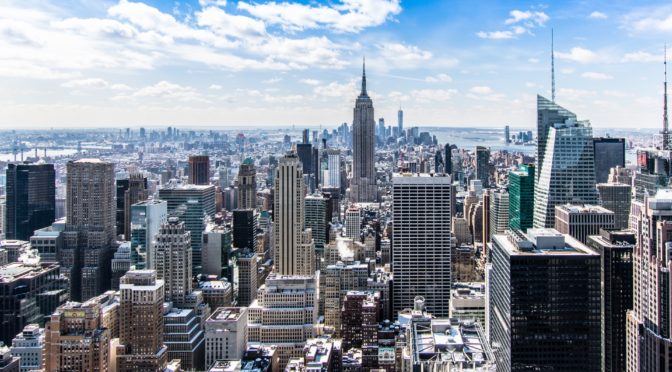 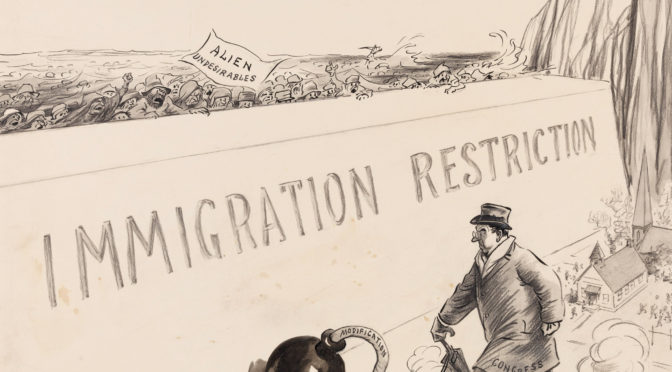 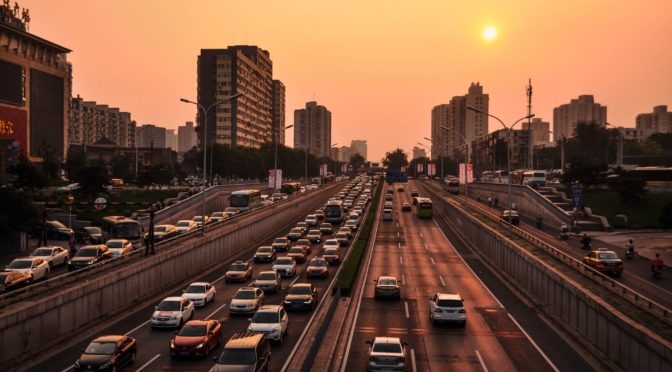 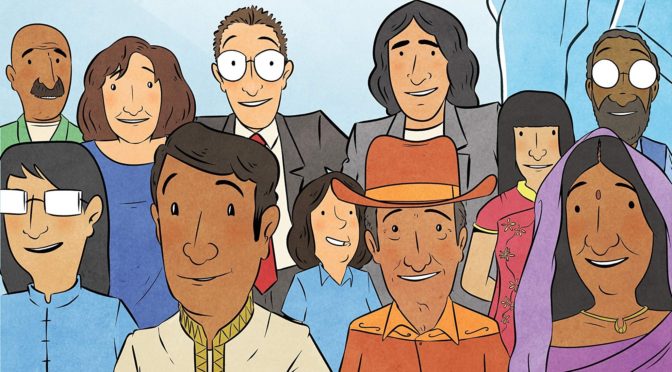 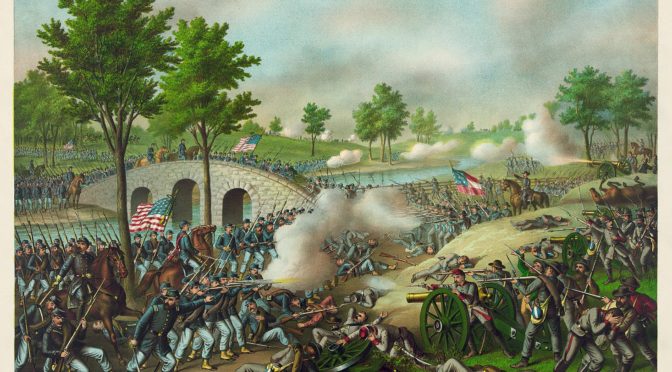 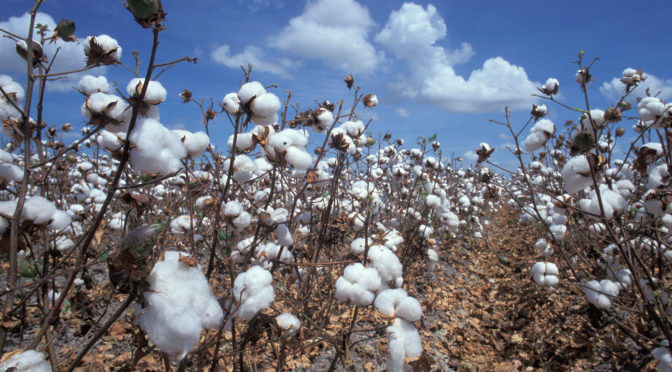 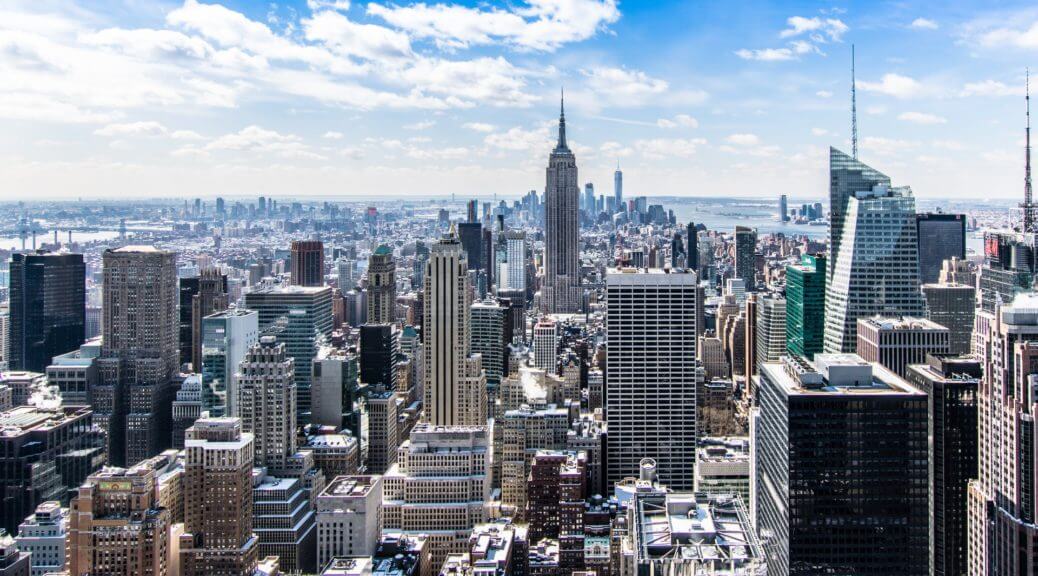 We develop an urban growth model where human capital spillovers foster entrepreneurship and learning in heterogeneous cities. Incumbent residents limit city expansion through planning regulations so that commuting and housing costs do not outweigh productivity gains. The model builds on strong microfoundations, matches key regularities at the city and economy-wide levels, and generates novel predictions for which we provide evidence. It can be quantified relying on few parameters, provides a basis to estimate the main ones, and remains transparent regarding its mechanisms. We examine various counterfactuals to assess quantitatively the effect of cities on economic growth and aggregate income. 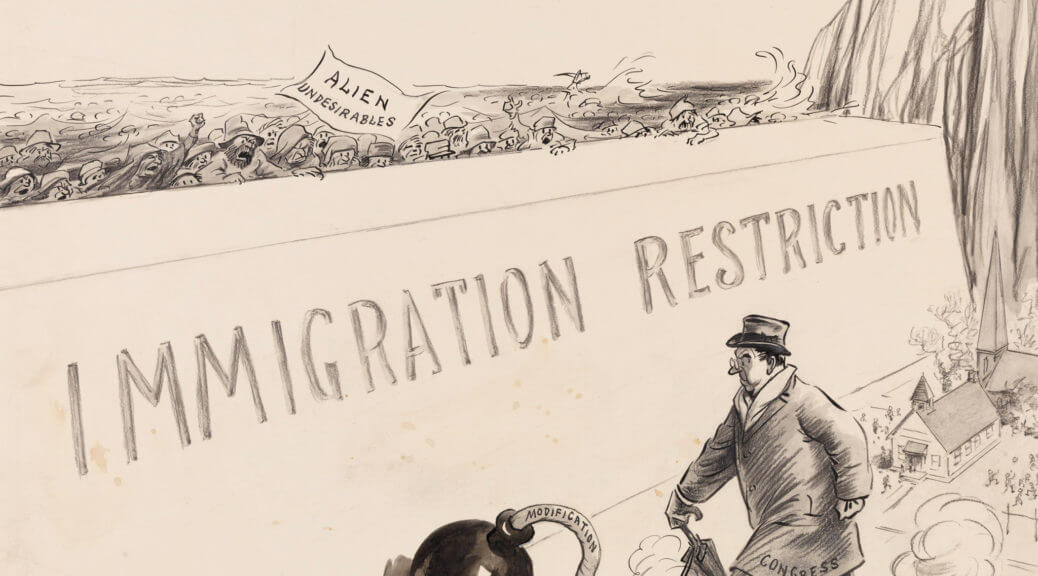 Today’s guest is Leah Boustan of Princeton University. Our discussion centers around her recent working paper, “The Effects of Immigration on the Economy: Lessons from the 1920s Border Closure.”

In the 1920s, the United States substantially reduced immigrant entry by imposing country-specific quotas. We compare local labor markets with more or less exposure to the national quotas due to differences in initial immigrant settlement. A puzzle emerges: the earnings of existing US-born workers declined after the border closure, despite the loss of immigrant labor supply. We find that more skilled US-born workers – along with unrestricted immigrants from Mexico and Canada – moved into affected urban areas, completely replacing European immigrants. By contrast, the loss of immigrant workers encouraged farmers to shift toward capital-intensive agriculture and discouraged entry from unrestricted workers.

It’s a fascinating discussion with special relevance to today’s debates about immigration. 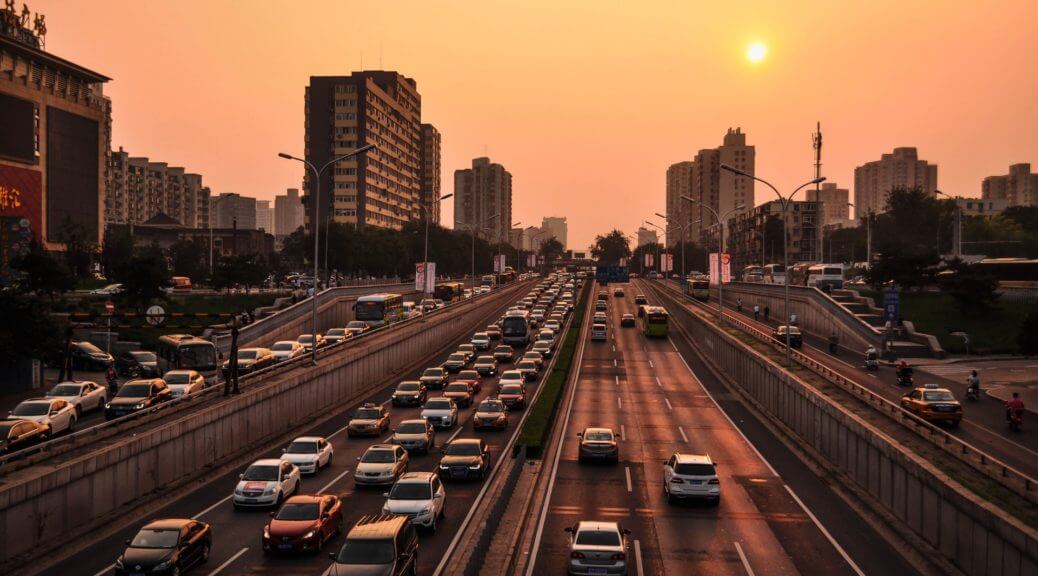 Today on Economics Detective Radio, I discuss health economics with Hannes Schwandt of Northwestern University. Hannes is the co-author, along with Diane Alexander, of “The Impact of Car Pollution on Infant and Child Health: Evidence from Emissions Cheating.”

Car exhaust is a major source of air pollution, but little is known about its impacts on population health. We exploit the dispersion of emissions-cheating diesel cars which secretly polluted up to 150 times as much as gasoline cars across the United States from 2008-2015 as a natural experiment to measure the health impact of car pollution. Using the universe of vehicle registrations, we demonstrate that a 10 percent cheating-induced increase in car exhaust increases rates of low birth weight and acute asthma attacks among children by 1.9 and 8.0 percent, respectively. These health impacts occur at all pollution levels and across the entire socioeconomic spectrum.

We also discuss his work on the health impacts of the 9/11 dust cloud. 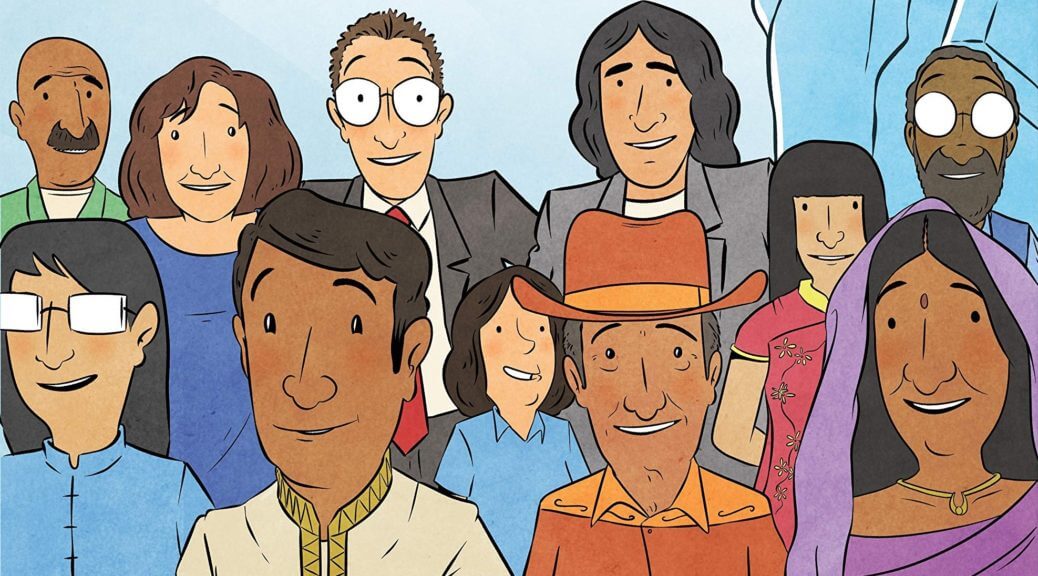 Bryan Caplan and Zach Weinersmith both return to the podcast to discuss their new, non-fiction graphic novel, Open Borders: The Science and Ethics of Immigration. END_OF_DOCUMENT_TOKEN_TO_BE_REPLACED

Today’s guest is Jeffrey Rogers Hummel of San Jose State University. He is the author of Emancipating Slaves, Enslaving Free Men: A History of the American Civil War.

This book combines a sweeping narrative of the Civil War with a bold new look at the war’s significance for American society. Professor Hummel sees the Civil War as America’s turning point: simultaneously the culmination and repudiation of the American revolution.

The Curious Task from the Institute for Liberal Studies; mentioned in the outro. 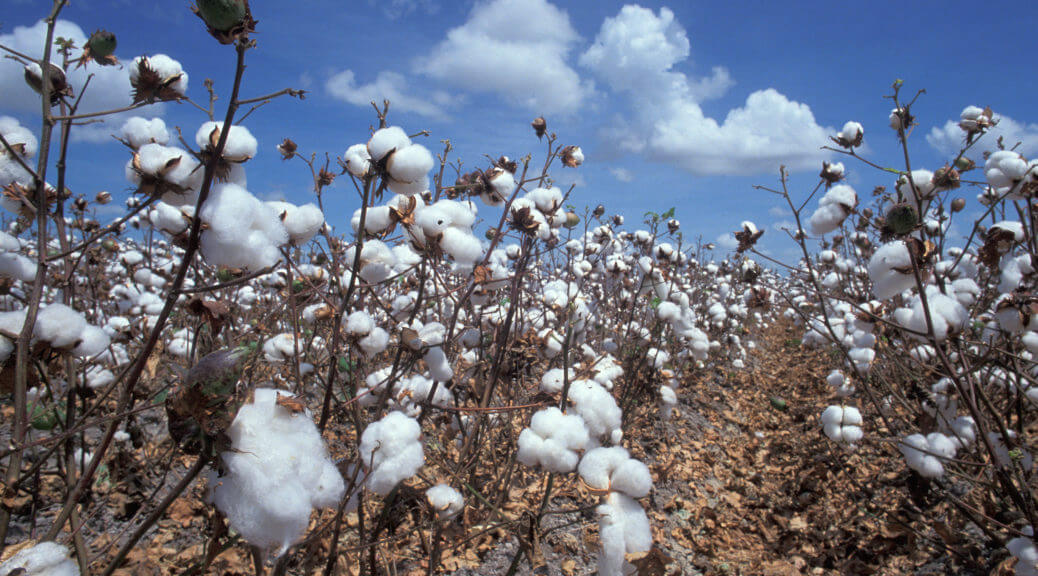 Today’s guests are economic historians Alan Olmstead and Paul Rhode. Both of them have research related to the slave economy of the Antebellum South. Our main topic is a paper they co-authored, Cotton, slavery, and the new history of capitalism.

The “New History of Capitalism” grounds the rise of industrial capitalism on the production of raw cotton by American slaves. Recent works include Sven Beckert’s Empire of Cotton, Walter Johnson’s River of Dark Dreams, and Edward Baptist’s The Half Has Never Been Told. All three authors mishandle historical evidence and mis-characterize important events in ways that affect their major interpretations on the nature of slavery, the workings of plantations, the importance of cotton and slavery in the broader economy, and the sources of the Industrial Revolution and world development.

We discuss the problems with the New History of Capitalism literature and some alternative hypotheses suggested by the economic history literature. In their previous work on the subject, Olmstead and Rhode show “that a succession of new cotton varieties helped propel the rise in labor productivity and southern growth” (p. 7). Ed Baptist dubiously attributes this rise in productivity to torture. 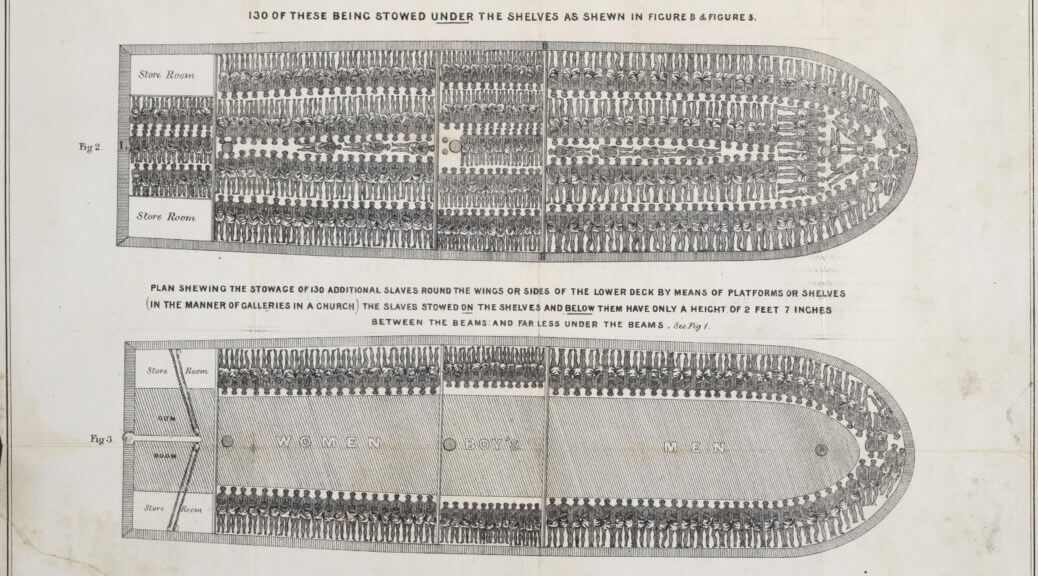 Phil Magness returns to the show to discuss his work on slavery and capitalism, particularly as it relates to the New History of Capitalism (NHC) and the New York Times’ 1619 project. Phil recently wrote an article entitled, “How the 1619 Project Rehabilitates the ‘King Cotton’ Thesis.” In it, he argues that the NHC has unwittingly adopted the same untenable economic arguments made by slaveowners in the antebellum South: that slave-picked cotton was “king” in the sense of being absolutely indispensable for the global economy during the industrial revolution.

[T]he economic reasoning behind King Cotton has undergone a surprising — perhaps unwitting — rehabilitation through a modern genre of scholarly works known as the new history of capitalism (NHC). While NHC historians reject the pro-slavery thrust of Wigfall and Hammond’s bluster, they recast slave-produced cotton as “not just as an integral part of American capitalism, but . . . its very essence,” to quote Harvard’s Sven Beckert. Cornell historian Ed Baptist goes even further, describing slavery as the indispensable causal driver behind America’s wealth today. Cotton production, he contends, was “absolutely necessary” for the Western world to break the “10,000-year Malthusian cycle of agriculture.”

And this same NHC literature provides the scholarly foundation of the ballyhooed New York Times’ 1619 Project — specifically, its foray into the economics of slavery. Guided by this rehabilitated version of King Cotton, Princeton sociologist Matthew Desmond enlists the horrors of the plantation system to launch a blistering attack on modern American capitalism.

Desmond projects slavery’s legacy onto a litany of tropes about rising inequality, the decline of labor-union power, environmental destruction, and the 2008 financial crisis. The intended message is clear: Modern capitalism carries with it the stain of slavery, and its putative excesses are proof of its continued brutality. It follows that only by abandoning the free market and embracing political redistribution will we ever atone for this tainted inheritance. 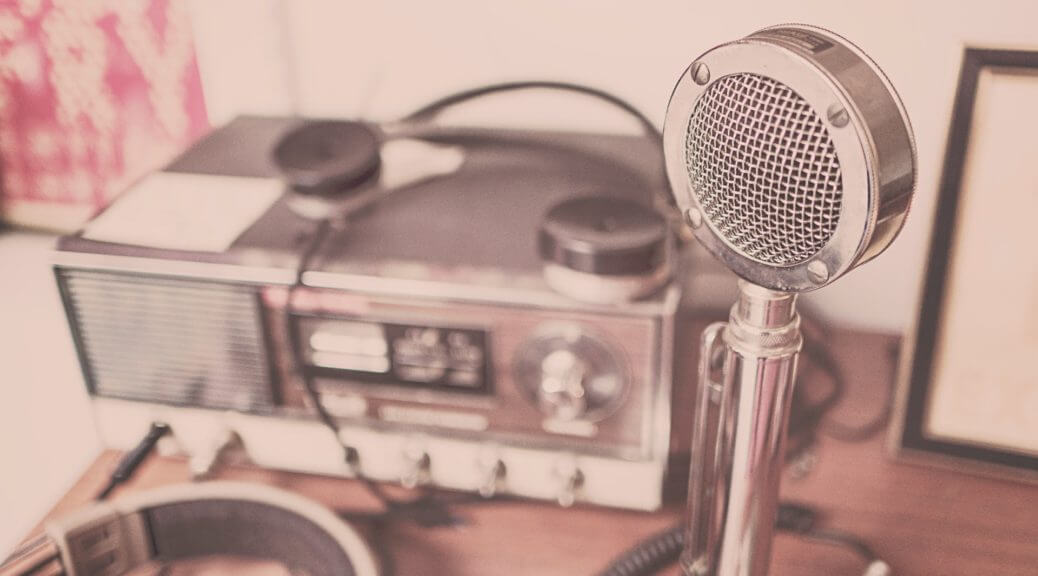 Today’s guest is Thomas Hazlett, former chief economist of the FCC and author of The Political Spectrum: The Tumultuous Liberation of Wireless Technology, from Herbert Hoover to the Smartphone. Perceptive listeners may recall that Ed Lopez mentioned Hazlett’s work in our interview on political change.

Popular legend has it that before the Federal Radio Commission was established in 1927, the radio spectrum was in chaos, with broadcasting stations blasting powerful signals to drown out rivals. In this fascinating and entertaining history, Thomas Winslow Hazlett, a distinguished scholar in law and economics, debunks the idea that the U.S. government stepped in to impose necessary order. Instead, regulators blocked competition at the behest of incumbent interests and, for nearly a century, have suppressed innovation while quashing out-of-the-mainstream viewpoints.

Hazlett details how spectrum officials produced a “vast wasteland” that they publicly criticized but privately protected. The story twists and turns, as farsighted visionaries—and the march of science—rise to challenge the old regime. Over decades, reforms to liberate the radio spectrum have generated explosive progress, ushering in the “smartphone revolution,” ubiquitous social media, and the amazing wireless world now emerging. Still, the author argues, the battle is not even half won. 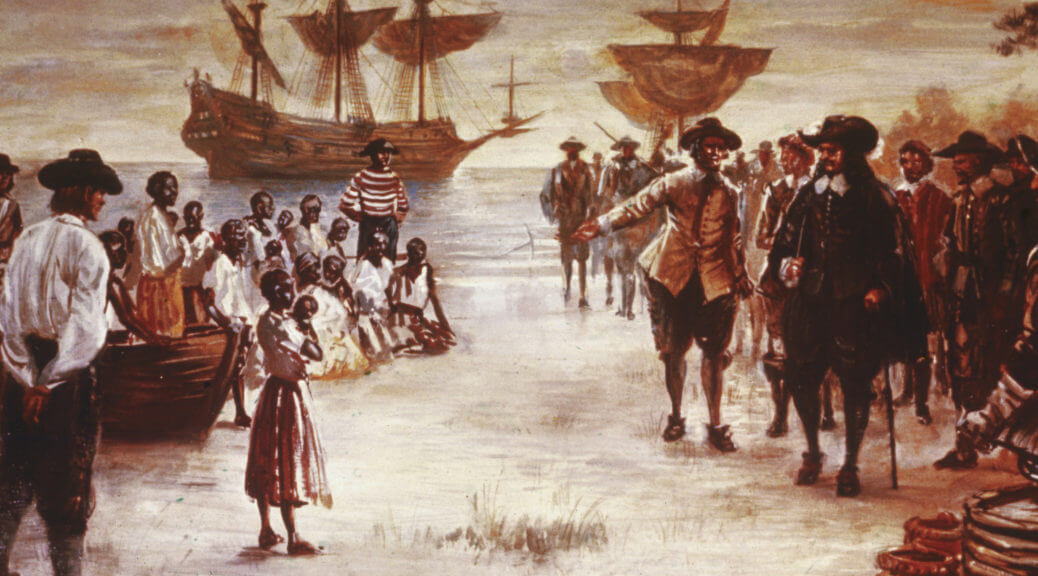 Today’s guest is Robert Wright, author of The Poverty of Slavery. The New York Times’ 1619 Project has prompted renewed discussions on slavery and the New History of Capitalism literature. This episode is the first in a series addressing these topics. We discuss the prevalence of slavery in the developing world today, the arguments for and against reparations, and the rent-seeking behaviour of slaveowners in the Antebellum South.

This ground-breaking book adds an economic angle to a traditionally moral argument, demonstrating that slavery has never promoted economic growth or development, neither today nor in the past. While unfree labor may be lucrative for slaveholders, its negative effects on a country’s economy, much like pollution, drag down all members of society. Tracing the history of slavery around the world, from prehistory through the US Antebellum South to the present day, Wright illustrates how slaveholders burden communities and governments with the task of maintaining the system while preventing productive individuals from participating in the economy.

Historians, economists, policymakers, and anti-slavery activists need no longer apologize for opposing the dubious benefits of unfree labor. Wright provides a valuable resource for exposing the hidden price tag of slaving to help them pitch antislavery policies as matters of both human rights and economic well-being. 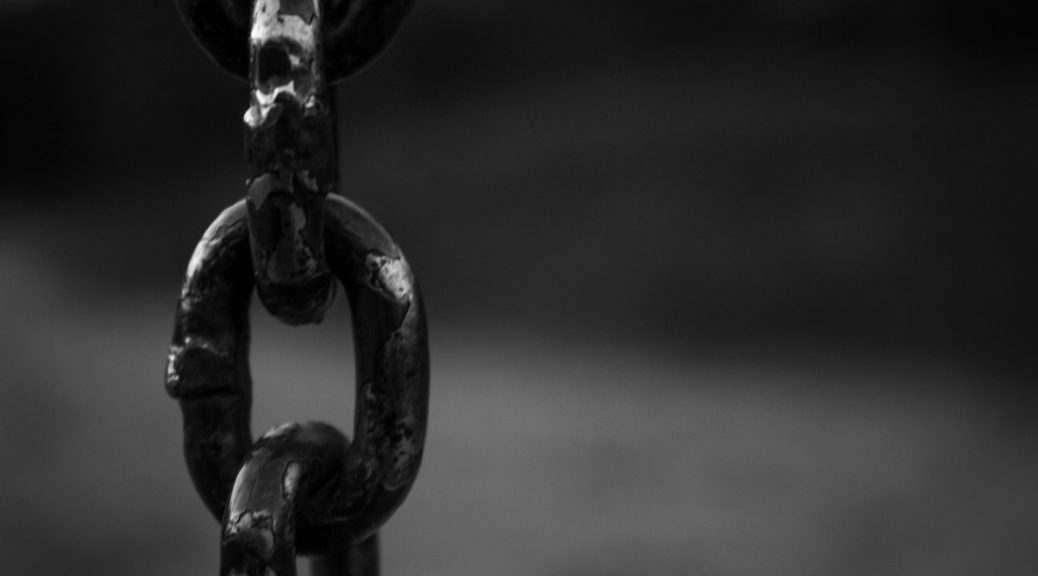 Have you ever been in a policy discussion and had a conservative bring up the fact that Nazis were socialists?

“‘National Socialism,’ it’s right there in the name!”

This is, at its heart, an attempt to poison the well against the concept of socialism. Since “socialism” has come to encompass everything from full public ownership of the means of production to the most milquetoast left-wing policies, this can be deployed as a general argument against all things left-of-center. The argument is that this broad and vague concept of “socialism” has been stained by the moral transgressions of the Nazis, and that stain extends to and pollutes everything associated with socialism.

I can see why this argument has rhetorical power. It gets to something deep in human psychology: the idea that something can be dirty, impure, or polluted by a moral transgression. Something as deeply immoral as the holocaust is so abhorent that anything it touches, however indirectly, is infected as if by a contagious disease. When someone tries to weaponize this moral pollution against people or concepts they don’t like, I call it a “moral stain argument.” END_OF_DOCUMENT_TOKEN_TO_BE_REPLACED