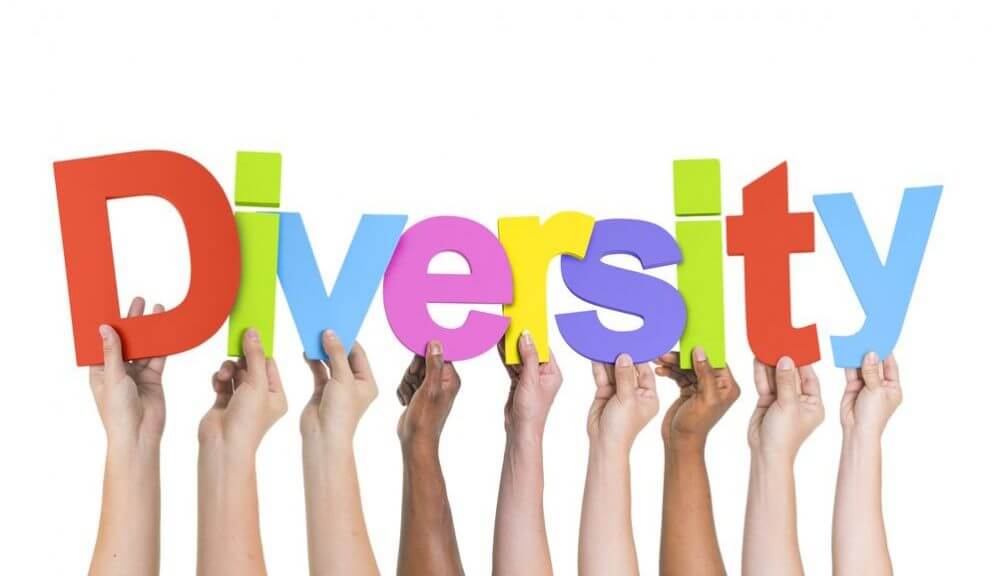 Garett Jones returns to the podcast to discuss the issue of ethnic diversity. There is a wide body of research showing that ethnic diversity can reduce the productivity of teams, firms, and even whole countries.

This may seem strange to you. If you’re like me, you probably enjoy diversity. You probably don’t observe the problems of low morale and high marginal costs that researchers have found in ethnically diverse workplaces.

If that’s the case then you, like me, live in a bubble. An apparent exception to the rule that ethnic diversity lowers productivity comes in high-human-capital groups. I say “apparent” because there hasn’t been much in the way of direct study of this particular issue. However, some results are suggestive. For instance, the same researchers who found that ethnic diversity reduces firm productivity in general found that it increases firms’ level of innovation as measured by patents (Parrotta et al., 2014b). Most of the people I know fall into this category of highly skilled, highly educated individuals, so it shouldn’t be surprising that my experience (and maybe yours) is not the norm.

To the extent that diversity is a plus for firm profitability, firms will tend to seize this opportunity without the need for legal intervention. And indeed, there are some types of diversity that seem to have positive impacts on firm profit. For instance, a recent study by Alesina, Harnoss, and Rapoport (2016) indicates that birthplace diversity improves productivity. This is different from (and in this sample, uncorrelated with) ethnic diversity. People might all share the same ethnicity, but the evidence indicates that if they come from different places they tend to have complimentary skills that make them better at working together.

As Garett points out, this is roughly the plot of every movie and TV show ever made by Joss Whedon.

The causes of all these effects have been studied by experimental economists. (For an overview of the history of experimental economics, listen to my interview with Erik Kimbrough.) One way to test this is to look at how ethnically diverse groups play various games. In a study looking at the different ethnicities in Israel, Fershtman and Gneezy (2001) found that people did not discriminate against Sephardic Jews in the dictator game but they did discriminate in the trust game, indicating that discrimination was driven by a (mistaken) lack of trust in the minority ethnicity. Surprisingly, even members of the minority tended to discriminate in this way.

Glaeser et al. (2000) found that pairs are less trustworthy when they have different ethnicities or nationalities. The really shocking thing about this is that this study was performed on Harvard undergraduates, who we might think of as the people least likely to discriminate in this way.

Easterly, Ritzen, and Woolcock (2006) show that ethnolinguistic fractionalization has a negative impact on the rule of law: 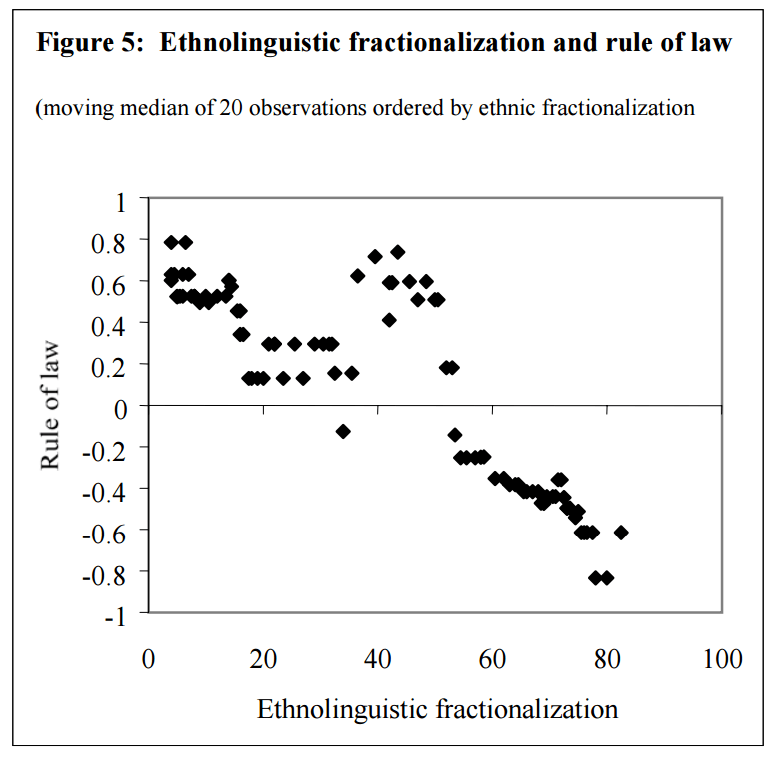 The basic story that Easterly, Ritzen, and Woolcock tell is that ethnic conflict makes it difficult to achieve a consensus on how the government should be run, thus leading to worse government.

Fershtman, C., & Gneezy, U. (2001). Discrimination in a segmented society: An experimental approach. Quarterly Journal of Economics, 351-377.

Tyler Cowen on backlash against immigration.

Slate on the original “welfare queen.”

A smart solution to the diversity dilemma.

2 thoughts on “The Costs of Ethnic Diversity with Garett Jones”